by Indistinct voices over PA 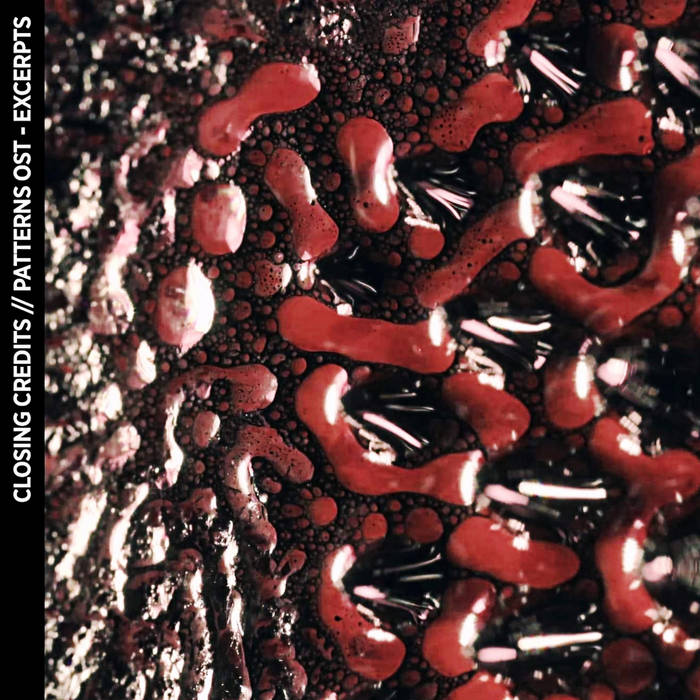 This project you know as FAMELIK stops here. A high probability to fade to black, a higher to fade to noise. Thanks for all those years of support, just know the end of a project is the beginning for others.

In all logic, this material could have been reworked into a Patterns III, but I've decided to do things a bit differently. I've actually had a rare chance here, writing tracks for a project where all rules were being written on the way. Inspired by cosmic-horror elements and lovecraftian themes, the tracks I've scored for this project (craftfully mixed and mastered by the talented Jean-Yves Munch in their dome / VR versions) inhabited a unique creation in which cymatics (liquids affected by sounds), ferrofluids (ferromagnetic fluids reacting to magnets) and hypnosis (we've witnessed some weird stuff) found their way into a pioneering film, merging real footage, live capture, photogrammetry, pioneering ambisonic sound processes... all in a narrative creation inspired by classic baroque and body horror classics, reaching deep into the cracks of psychology, pattern recognition, and memory.

For what it's worth, what you're hearing here is like nothing you've encountered elswhere (at least at the time it was being created), by the very nature of the project itself. I've been influenced by genre cinema forever, and adding cues to known horrific markers to an ominous immersive score was in a way one of the narrative markers that paved the whole experience. Also a great thrill.

In a parallel timeline, this project did eventually become a 6 DOF VR experience, made its way to a few daring festivals (at this time, very few film festivals were inclined to present VR projects), including the Festival du Nouveau Cinéma in Montréal where it received a "Best Immersive Work" reward in 2016.

That was 4 years ago. Such a project takes time to process, individually and creatively, especially when it hits so close on a personal level, and when such a small team is involved. Salute to Pierre Friquet, Jean-Yves Munch, Ando Shah, Ming Lian, Sarah Demers, Thomas Courcoul, James Murray, Sean Caruso, Guillaume Raymond, Olivier Rhéaume, Federico Saldarini, Amine Masmoudi, Olivier Proulx, Julie Chaffarod, Alexandra Azzattia, Dominic Saint-Amant, Carl Lavoie, Elli Raynai, Elie Zananiri, the amazing team at Society for Arts and Technology who supported the project through their residency program, and all those who got involved in this project at a point or the other.

Flash forward to 2020. To start this year, we're back on the train with Pierre Friquet, Ando Shah and the Ballast VR team to present "Spaced Out" the first underwater VR Experience later this month at Sundance Film Festival. Let's see what's up !

Back to this release.
The four tracks present have been chosen among the multiple creations that have (or have not) been used in the actual project. Hopefully, a full remastered version will emerge one day, on the apropriate support.

For that reason, that is not content I can put out as an open free download. If you really need to have those files on your computer but can't afford them, just message me and a human will answer.

If you decide to support my work and buy it, again thank you. Just know that any money coming this way is, and has always been, reinjected in music. Either to help push my projects, or to support others' via Bandcamp.

This may be my last release as Famelik, although some unreleased tracks may still pop up on this page at some point if relevant.

Next projects will be announced soon, here are the few words to mark down :

Will create another Bandcamp page when something's up.

I - Ming (headphone mix) : Introduction to the film, with a binaural rendition of the hypnosis session that triggered the whole dive.

II - patterns III (first draft) : First global thematic exploration around the scripted parts of the film. Some parts were kept when we moved forward, others transformed into something else.

III - ghouls (a seance) : A few steps into crafting the sound of the house, some of the elements took a life of their own.

Bandcamp Daily  your guide to the world of Bandcamp